Sometimes during the app development process we need to replace instances of classes or actors we use in production code with instances that emulate their work e.g. tests, SwiftUI previews, demo apps etc.

Ususally that requires additional changes in the code that in turn opens up a whole new layer of errors. handling of theese errors is on your shoulders.

Inject lets you express your intent in a way that enables compile-time checking that you have all the instances required for the production. At the same time it let's you replace the instance on any object with a single line of code.

Here's an example of a class that needs networking and parser instances to fetch items from the server:

And here's an example of replacing one of the services with a mock in SwiftUI preview:

With this convenient property wrapper @Injected you define a dependency requirement in a declarative way:

That's it, you are done with dependency injection without a need to know what exactly that is.

The only thing that is missing is to tell the compiler what are the default values for our \.networking and \.parser dependencies. And that's where DefaultValues come in handy.

Unlike other popular solutions Inject doesn't have a container instead it provides you with a DefaultValues class to extend with computed properties.

You never need to create an instance of this class, all you need to do is to extend it with the variable of the type of the dependency it represents and return a default implementation for it:

If you noticed networking and parser are the names we referred to earlier.

You might wonder, what is the lifespan of the instances provided? Do they stay in memory forever like singletons or they are destroyed when the object that has them @Injected is destroyed?

And what is the scope, are all instances for all classes the same, or each class will have a new instance for its @Injected?

The answer is, by default, all the instances are created for each @Injected and are destroyed once the object that holds @Injected is destroyed.

But you can change that with the Scope and Lifespan, default values would be:

here are the possible values:

Why yet another DI framework?

This is the question I asked the most.

Here are some of the reasons to try Inject and decide for yourself:

There is much more than that, I will soon provide a couple of examples using inject in the app and in another library to showcase how powerful and flexible Inject is.

Meanwhile, it's a good candidate for you to try and make your dependency injection a breeze.

Inject is designed for Swift 5. To depend on the Inject package, you need to declare your dependency in your Package.swift:

ViperServices Introduction ViperServices is dependency injection container for iOS applications written in Swift. It is more lightweight and simple in

CarbonGraph is a Swift dependency injection / lookup framework for iOS. You can

Toledo - a dependency injection library for Swift that statically generates resolvers at compile-time. Container is a lightweight dependency injection framework for Swift. 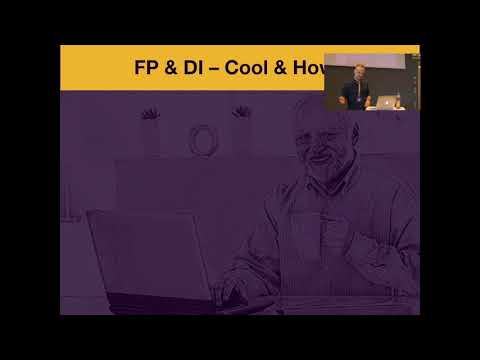 Dip is a simple Dependency Injection Container. It's aimed to be as simple as possible yet p

DIContainer Swift is an ultra-light dependency injection container made to help developers to handle dependencies easily. It works with Swift 5.1 or above.

?? DIContainer Swift It is an ultra-light dependency injection container made to help developers to handle dependencies easily. We know that handle wi

pilgrim.ph Pilgrim is a dependency injection library for Swift with the following features: Minimal runtime-only library that works with pure Swift (s

Cleanse is a dependency injection framework for Swift.

Cleanse - Swift Dependency Injection Cleanse is a dependency injection framework for Swift. It is designed from the ground-up with developer experienc

DIKit Dependency Injection Framework for Swift, inspired by KOIN. Basically an implementation of service-locator pattern, living within the applicatio

Tranquillity is a lightweight but powerful dependency injection library for swift.

DITranquillity Tranquillity is a lightweight but powerful dependency injection library for swift. The name "Tranquillity" laid the foundation in the b

Swinject is a lightweight dependency injection framework for Swift.