PinpointKit is an open-source iOS library in Swift that lets your testers and users send feedback with annotated screenshots using a simple gesture.

PinpointKit is an open-source iOS library in Swift that lets your testers and users send feedback with annotated screenshots using a simple gesture. CocoaPods is a dependency manager for Cocoa projects. You can install it with the following command:

CocoaPods 1.0.0+ is required to build PinpointKit.

To integrate PinpointKit into your Xcode project using CocoaPods, specify it in your Podfile:

Then, run the following command:

We also offer a convenience class, ScreenshotDetector that is available via the ScreenshotDetector subspec. This class provides delegate callbacks when the user takes a screenshot while using your app. Please see the Requirements section regarding inclusion of ScreenshotDetector. You can add this to your project by adding the following line in your Podfile, in addition to the one for PinpointKit above:

Carthage is a decentralized dependency manager that builds your dependencies and provides you with binary frameworks.

You can install Carthage with Homebrew using the following command:

To integrate PinpointKit into your Xcode project using Carthage, specify it in your Cartfile:

If you prefer not to use either of the aforementioned dependency managers, you can integrate PinpointKit into your project manually.

The PinpointKit.framework is automatically added as a target dependency, linked framework and embedded framework in a “Copy Files” build phase which is all you need to build on the simulator and a device.

Once PinpointKit is installed, it’s simple to use.

Initialize an instance of PinpointKit, specifying an array of feedback recipients used to pre-populate email addresses to which feedback can be sent:

Note: Be sure to keep a strong reference to your instance of PinpointKit for the duration of its use.

If you don’t want to use PinpointKit’s default configuration, you can specify both Configuration and PinpointKitDelegate instances on initialization of PinpointKit.

The Configuration struct allows you to specify how the feedback view looks and behaves, while the PinpointKitDelegate instance provides hooks into the state of the feedback being sent.

PinpointKit uses a protocol-oriented architecture which allows almost everything to be customized. Here are some examples of what’s possible:

For more information on what you can customize, take a peek at the documentation of Configuration.

Here are just a few of the apps and companies using PinpointKit to collect feedback. If your app does too, submit a pull request!

PinpointKit is available under the MIT license. See the LICENSE file for more information.

PinpointKit is built and maintained by Lickability, a small software studio in New York that builds apps for clients and customers. If you or your team need help building or updating an app, say [email protected]. We’d love to hear more about your project.

Huge thanks to our other contributors, including Kenny Ackerson, Paul Rehkugler, and Caleb Davenport.

Automatic testing of your Pull Requests on GitHub and BitBucket using Xcode Server. Keep your team productive and safe. Get up and running in minutes. @buildasaur

Buildasaur Automatic testing of your Pull Requests on GitHub and BitBucket using Xcode Server. Keep your team productive and safe. Get up and running

OHHTTPStubs OHHTTPStubs is a library designed to stub your network requests very easily. It can help you: test your apps with fake network data (stubb

Lightweight touch visualization library in Swift. A single line of code and visualize your touches!

TouchVisualizer is a lightweight pure Swift implementation for visualising touches on the screen. Features Works with just a single line of code! Supp

Freezer is a library that allows your Swift tests to travel through time by mocking NSDate class.

Freezer Freezer is a library that allows your Swift tests to travel through time by mocking NSDate class. Usage Once Freezer.start() has been invoked,

A simple and lightweight matching library for XCTest framework.

Match A simple and lightweight matching library for XCTest framework. Getting started Swift Package Manager You can add Match to your project by addin

Small library to easily run your tests directly within a Playground

A Mac and iOS Playgrounds Unit Testing library based on Nimble.

Spry Spry is a Swift Playgrounds Unit Testing library based on Nimble. The best thing about Spry is that the API matches Nimble perfectly. Which means

View your app on different device and font sizes

Sizes reduces the time it takes to evaluate all of our apps possible device sizes, orientations and font combinations. With Sizes we'll avoid launchin

Mock Alamofire and URLSession requests without touching your code implementation

Mocker is a library written in Swift which makes it possible to mock data requests using a custom URLProtocol. Features Requirements Usage Activating

AutoMocker is a Swift framework that leverages the type system to let you easily create mocked instances of your data types.

AutoMocker Context AutoMocker is a Swift framework that leverages the type system to let you easily create mocked instances of your data types. Here's

UITestHelper General information When creating UI tests you will see that you are often repeating the same pieces of code. The UITestHelper library wi

Marvel About The purpose of this project is to develop a app using MVVM, and inc 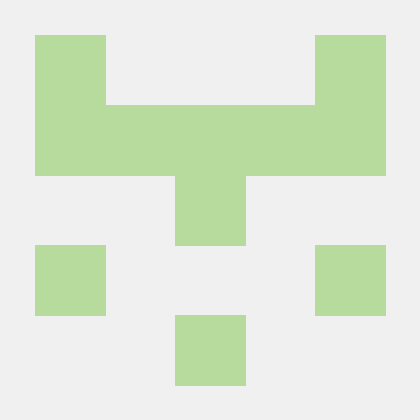 Library for unifying the approach to network mocking in iOS unit- & UI-tests.