Tweak your iOS app without recompiling!

Adjust your iOS app on the fly without waiting to re-compile!

Your users won’t see your animation study, Sketch comps, or prototypes. What they will see is the finished product - so it’s really important to make sure that your app feels right on a real device!

Animations that look great on your laptop often feel too slow when in-hand. Layouts that looks perfect on a 27-inch display might be too cramped on a 4-inch device. Light gray text may look subtle in Sketch, but it’s downright illegible when you’re outside on a sunny day.

These animation timings, font sizes, and color choices are all examples of “magic numbers” - the constants that give your app its usability and identity. The goal of SwiftTweaks: allow you to fine-tune these magic numbers in the debug builds of your Swift project, without having to wait for Xcode to rebuild the app.

Use a Tweak in place of a boolean, number, or color in your code. You can adjust that Tweak without having to recompile, which means you can play with animation timings, colors, and layouts without needing Xcode!

Currently, you can tweak the following types:

There are also helpful TweakGroupTemplate types, so you can quickly declare commonly-used-together combos. They all have sensible defaults, but of course, you can set your own!

Of course, you can create your own TweakGroupTemplate type if you'd like - they're handy whenever you have a cluster of tweaks that need to be used together to get a desired effect. They can be built out of any combination of Tweaks.

SwiftTweaks now supports closures, so you can perform actions that do not depend on data from SwiftTweaks. To do this, use TweakAction as a type in your TweakStore to create a Tweak that executes your custom closures:

Later in the code you can add closures to that tweak, which are executed when a button in Tweaks window is pressed.

If you want to, you can also always remove closure using unique idenfitier that addClosure method provides.

Good question! I’m glad you asked. The whole reason SwiftTweaks exists is because we love the stuffing out of FBTweaks. We’re long-time fans of FBTweaks in our Objective-C projects: Replace the magic numbers with an FBTweak macro, and you’re all set! You can leave an FBTweak macro in your production code, because it’s replaced at compile-time with the tweak’s default value.

But Swift doesn’t support this macro-wizardry, so FBTweaks is burdensome to use in Swift code. Our app is nearly all Swift, so we wanted to see if we could make something that was a little easier!

There are three steps to add SwiftTweaks to your project:

Now build-and-run, then shake your phone to bring up the Tweaks UI! Adjust tweaks, and when you’re satisfied with what you’ve got, share your tweaks with others from within the Tweaks UI.

Step One: Make your TweakLibrary

Let’s break down what happened here:

To use a tweak, you replace a number or UIColors in your code with a Tweak reference, like this:

assign returns the current value of the tweak:

bind calls its closure immediately, and again each time the tweak changes:

bindMultiple calls its closure immediately, and again each time any of its tweaks change:

For more examples, check out the example project’s ViewController.swift file.

By default, SwiftTweaks uses a shake gesture to bring up the UI, but you can also use a custom gesture!

SwiftTweaks is available via the Swift Package Manager; add it to Xcode with this URL:

It's also listed in the (excellent) Swift Package Index!

To add SwiftTweaks to your application, add it to your Cartfile:

In addition, add -DDEBUG to Other Swift Flags in your project's Build Settings for your Debug configuration.

Do I have to set TweakWindow as the root of my app?

Nope! Wherever/however you prefer, just create a TweaksViewController like so:

Can I have multiple TweakLibraryTypes in my app?

Sure! You’d initialize their defaultStores with a unique storeName identifier, like so:

Why can’t any type be used for a Tweak?

While Tweak<T> is generic, we have to restrict T to be TweakableType so that we can guarantee that each kind of T can be represented in our editing interface and persisted on disk. More types would be awesome, though! It’d be neat to support dictionaries, closures, and other things.

How do I create a new TweakGroupTemplate?

Maybe you’re using a different animation framework, or want a template for CGRect or something like that - great! As long as the tweakable “components” of your template conform to TweakableType then you’re all set. Create a new TweakGroupTemplateType, and take a look at the existing templates for implementation suggestions. (You’ll probably want to use SignedNumberTweakDefaultParameters too - they’re very helpful!)

If you think your TweakGroupTemplateType would help out others, please make a pull request!

Working to make a free, world-class education available for anyone, anywhere.

Ethereum Wallet Toolkit for iOS - You can implement an Ethereum wallet without a server and blockchain knowledge. 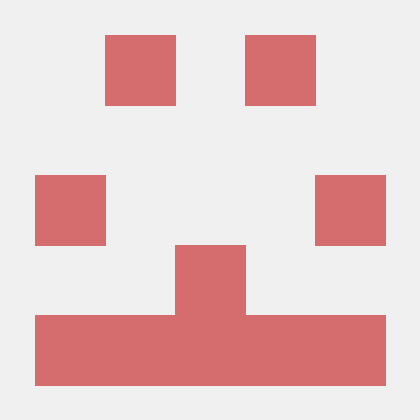 RNH Tracker is a GPS logger for iOS (iPhone, iPad, iPod) Track your location and send your logs to RNH Regatta :-)

Record your position and export your trip in GPX with GPS Stone on iOS.

GPS Stone Register your trips and export them as GPX files. Notes We currently have included a UIRequiredDeviceCapabilities with a location-services v

Automatically set your keyboard's backlight based on your Mac's ambient light sensor.

LibAuthentication will simplify your code when if you want to use FaceID/TouchID in your tweaks.

LibAuthentication will simplify your code when if you want to use FaceID/TouchID in your tweaks.

EasyAbout Requirements: cocoapods version 1.4.0 or above. Why you should use Well, it is always nice to give credit to the ones who helped you ?? Bonu

A utility that reminds your iPhone app's users to review the app written in pure Swift.

Versions tracker for your iOS, macOS, and tvOS app

FancyGradient is a UIView subclass which let's you animate gradients in your iOS app. It is purely written in Swift.

FancyGradient is a UIView subclass which let's you animate gradients in your iOS app. It is purely written in Swift. Quickstart Static gradient let fa

Add “Launch at Login” functionality to your macOS app in seconds

LaunchAtLogin Add “Launch at Login” functionality to your macOS app in seconds It's usually quite a convoluted and error-prone process to add this. No

WhatsNewKit enables you to easily showcase your awesome new app features. It's designed from the ground up to be fully customized to your needs. Featu

Checks if there is a newer version of your app in the AppStore and alerts the user to update.

YiAppUpdater Checks if there is a newer version of your app in the AppStore and alerts the user to update. Installation YiAppUpdater is available thro

An app that converts the temperature in Fahrenheit your input, and then changes to Celsius.

Swift Temperature Converter An app that converts the temperature in Fahrenheit your input, and then changes to Celsius. Things you need to do ?? clone

ReviewKit ReviewKit is a Swift package/framework that provides logic designed to prompt users at the ideal moment for a review of your app. At a basic