With the new Night Shift feature on iOS 9.3, this is pretty much obsolete. Unfortunately 32-bit devices can't use Night Shift, so this project might still be useful to some.

This project is in no way associated with f.lux.

I talked with Britta Gustafson about this idea/project at jailbreakcon 2015, and she felt that I should contact the developers of f.lux before publicly releasing anything to do with changing the screen temperature. I know they don't have a monopoly on it, but they care very deeply about what they work on and have poured their lives into a piece of software which they feels improves the lives of others (which it does). Aside from that, f.lux has a home on practically every jailbroken phone, and I wouldn't want to hurt the feelings of anyone so important to the jailbreaking community by making a cheap knockoff of their work just for fun. Besides all that, this is not nearly as complex or well-designed as the actual f.lux application and most likely will never come close. The developers of f.lux have spent a lot of time perfecting what they do.

I don't know which license matches this so I'm going to write it out. You can do what you want with the code, but do not distribute compiled copies of the app, especially on mass download sites.

This can't be compiled for or run in the simulator so don't try it, it won't work.

If you find the display glitching while GammaThingy is enabled, ensure that you have disabled Reduce White Point in iOS Settings / General / Accessibility / Increase Contrast

GammaThingy supports URL schemes to switch the orangeness.
For the base URL gammathingy://orangeness/switch those (optional) parameters are available:

The first non-jailbroken iOS (and macOS) application to adjust the screen temperature, brightness, and color!

GoodNight Project name thanks to @Emu4iOS. Based off of Thomas Finch's GammaThingy. GoodNight is an app that allows you to directly access the screen'

AYImageKit is a Swift Library for Async Image Downloading, Show Name's Initials and Can View image in Separate Screen. 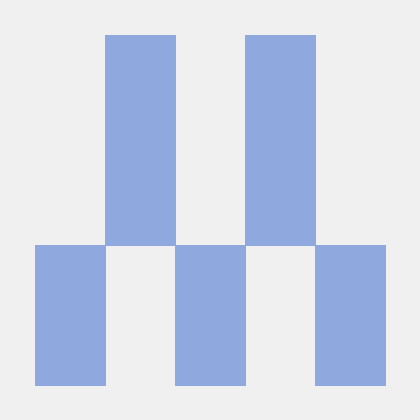 CLImageViewPopup Description A simple UIImageView for easy fullscreen image pop up. No matter where your UIImageView may be. Image pops up from where

Metazoom - A virtual camera plugin to pixellatedly share your screen

CLImageViewPopup Description A simple UIImageView for easy fullscreen image pop up. No matter where your UIImageView may be. Image pops up from where

Agrume - 🍋 An iOS image viewer written in Swift with support for multiple images.

APNGKit is a high performance framework for loading and displaying APNG images in iOS and macOS.

APNGKit is a high performance framework for loading and displaying APNG images in iOS and macOS. It's built on top of a modified version of libpng wit

An iOS/tvOS photo gallery viewer, useful for viewing a large (or small!) number of photos.

This project is unmaintained. Alex passed away in an accident in late 2019. His love of iOS development will always be remembered. AXPhotoViewer AXPho

A lightweight generic cache for iOS written in Swift with extra love for images.

Haneke is a lightweight generic cache for iOS and tvOS written in Swift 4. It's designed to be super-simple to use. Here's how you would initalize a J

ImageDetect ImageDetect is a library developed on Swift. With ImageDetect you can easily detect and crop faces, texts or barcodes in your image with i

A lightweight and fast image loader for iOS written in Swift.

ImageLoader ImageLoader is an instrument for asynchronous image loading written in Swift. It is a lightweight and fast image loader for iOS. Features

Kanvas is an open-source iOS library for adding effects, drawings, text, stickers, and making GIFs from existing media or the camera.

Kanvas Kanvas is an open-source iOS library for adding effects, drawings, text, stickers, and making GIFs from existing media or the camera.

Lightbox is a convenient and easy to use image viewer for your iOS app, packed with all the features you expect: Paginated image slideshow. V

An image download extension of the image view written in Swift for iOS, tvOS and macOS.

YPImagePicker YPImagePicker is an instagram-like photo/video picker for iOS written in pure Swift. It is feature-rich and highly customizable to match